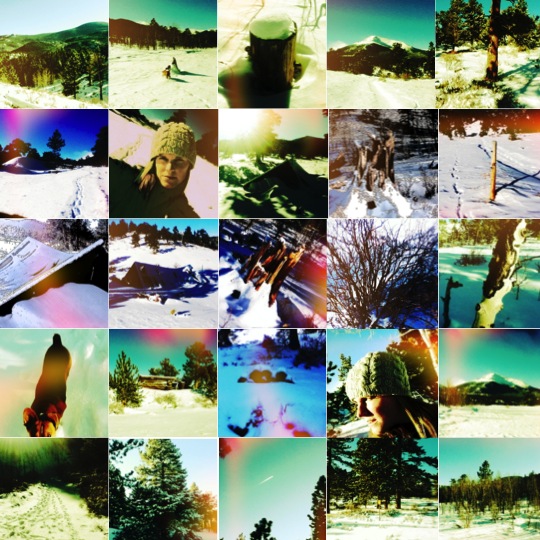 As the year drew to a close, I spent some time reflecting back on 2011. It was one great adventure… and that is the cliché understatement of the year. There are many new things I gained throughout the year, but there were also things I lost track of. Unfortunately, my camera was one of them. Over the holidays I even gained a few new accessories to help get me going again. So as 2012 opens its doors to numerous possibilities and a new abundance of changes and adventure, I am making it a point to be more active in the creative portion of my brain. And so, in the realm of photography, I started out today on a little hike through my backyard – the freshly-snowed-on Roosevelt National Forest. The new beginning of this year is also the end of my stay in Colorado, and knowing that, I have begun to document my goodbyes.


You may wonder what happened to my camera… you know, the one I lost track of? Don’t worry, it came on this hike with me, and it was used, but I got a little wrapped up in using an App on my ipod. ((I know… shame on me!!)) I’ve been reintroducing film to my tools again, starting with the lomography’s Oktomat and then later with lomography’s Fisheye. Sticking with this theme, I doubled up today using my traditional camera and this one – which has an overabundance of film choices with a focus on distortion. For those of you who share in my love of film, distortions like these simply make us nostalgic for the days of film and cross processing.


So 2012, I welcome you and your new style, faces, places, and shots. Happy snapping, everyone!